Happy Friday! We wanted to share with you three of the stories from across the world that activated our minds and informed our work this week...

You’ve all heard the saying “don’t judge a book by its cover”, but unfortunately, people can often make assumptions based on appearances. ‘Visible Thoughts’ is a social experiment that challenged this. It took real people and placed them in a shop window where over 6,000 strangers were able to label each person based only on what they looked like. The experiment highlighted that to prevent us from judging each other we need to increase tolerance for what is considered different.

Act for the Amazon

When you hear the word ‘Amazon’ do you think of the rainforest or next day delivery? The Amazon rainforest has been burning for the last two months, with wildfires hitting a record high and burning so much that they can be seen from space. The fires can largely be attributed to humans and deforestation. In this open letter to Jeff Bezos, the founder, CEO, and president of Amazon.com, Inc., we see that there is an investment opportunity to give back to the rainforest that gave him a name and so much more. #actfortheamazon 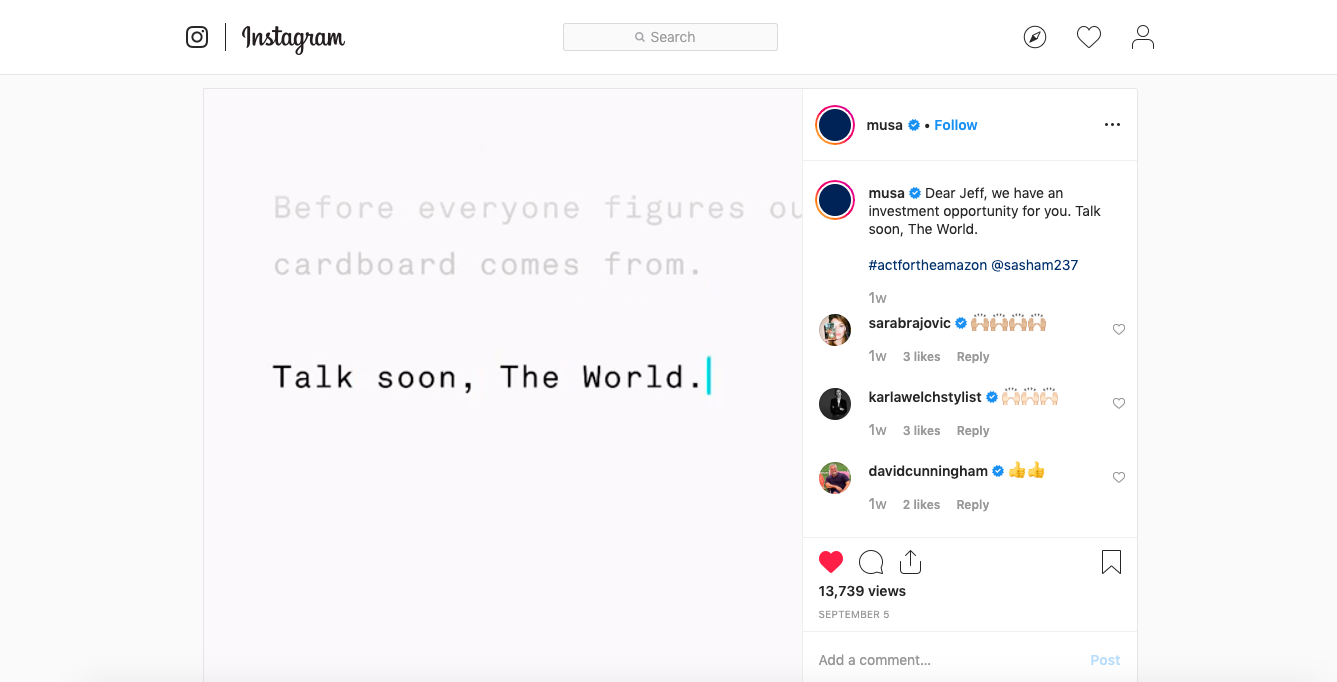 This Tuesday, 10th September was World Suicide Prevention Day. Thousands of people in the UK end their lives by suicide each year, and in the UK, men are three times as likely to die by suicide than women. On top of that, the North East has one of the highest suicide rates in the country, which is why Newcastle United Foundation launched the #BeAGameChanger campaign earlier this year. Not only does the campaign encourage conversation about mental health, but since it launched it has delivered hours of community sessions to support mental wellbeing and raise awareness.

Subscribe below to keep up to date with all things People Activation.